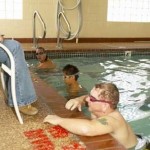 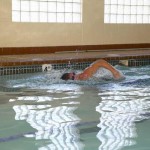 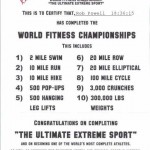 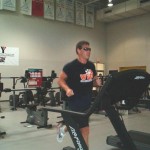 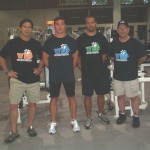 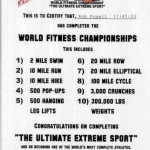 The WFC has received recognition and a multitude of press from six continents making our sport and records known worldwide.
The WFC World Fitness Championship, applicants are from the world of Triathletes, Adventure Racers, Ultimate Fighters, Elite Military, Law Enforcement, Firefighters, Coaches, Personal Trainers and other Professional Athletes.
Once you complete the WFC you will achieve a level of “Greatness” that will stay with you for a lifetime.

The crossfit games, an extremely watered down version of The WFC competition. For now, crossfit has temporarily but successfully been stolen from The WFC. Crossfit is a far easier competition than The WFC. The crossfit games is a competition for the masses. Only the toughest on the planet will have the courage and abilities to go for the real thing, The World Fitness Championships. 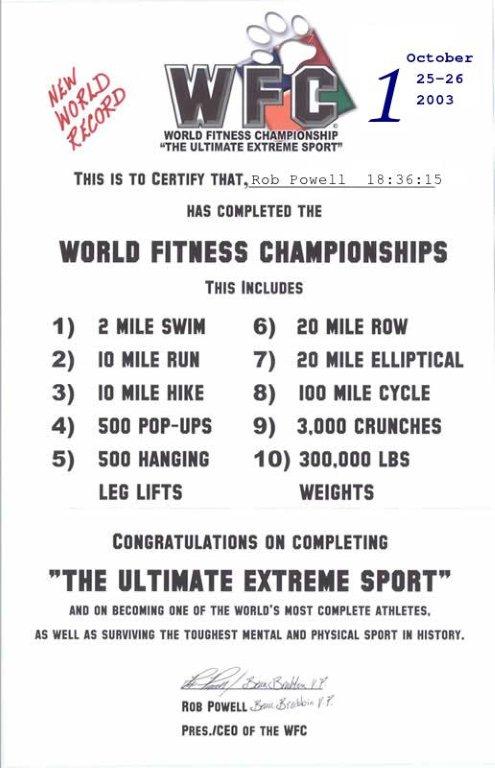 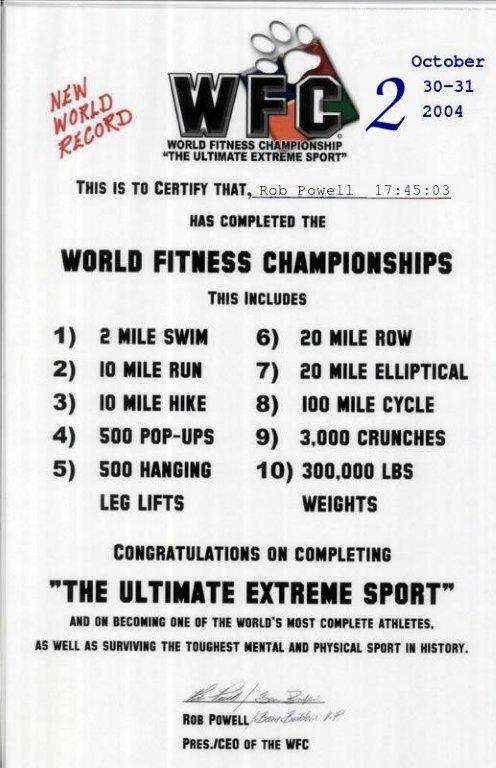