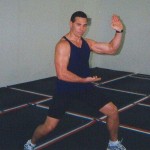 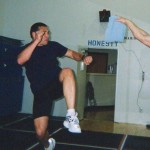 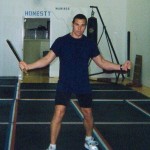 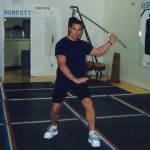 To this day people search for Rob and want him to train them in the martial arts. Rarely can they convince him. Mostly they are MMA Fighters, military elite special ops and SWAT police officers. If Rob trains them, when they leave, they are better able to defend themselves, friends, family, city, county, state, or our country.

For many years Rob has been asked about Nok Beko. It is a First American term meaning “not this one”. If you are looking for a victim, or someone you can defeat, Nok Beko, “not this one”.

It is true Rob was a bodyguard, and it is true that is how he met a few girlfriends and his late wife. Some say he was a mercenary. Rob says he cannot confirm such rumors, but he can certainly deny them. He was never a member of any military. In the past he simply trained many law enforcement officers and military elite when he was asked for his help. It is only stories and speculation that he led these teams or scouted for the military, on his own, as a PMC. He prefers the term PMC or Private Military Contractor over mercenary or merc.

He started his martial arts training at age four and was teaching by age sixteen. Rob says Grappling is great, unless you have 2 or more attacking you, he knows, he’s been there. Punches and kicks are great, until you are taken off your feet. Therefore, you better know combative wrestling in those situations.

Nok Beko starts with a system very close to Muey Thai, or Thai Boxing, or Kickboxing. (punches, kicks, knees, elbows, headbutts, and blocks and counters of each)

Next, is a system similar to Bruce Lee’s “Jeet Kune Do”. (attack of pressure points and joints, causing loss of movement to the area attacked)

Next are the Grappling Arts. (sweeps, throws, joint locks, choking out, and ground and pound)

Next, you put it all together and become an expert fighter.

Incidentally, over 90% of fights take place on asphalt or concrete, while wearing street clothes. Boxing is your best option. You don’t want to wrestle on the asphalt while his friend stabs you in the back. You want to stay on your feet and see what’s going on. You also don’t want to throw wild kicks in tight pants on unsure surfaces. So low kicks if any, to the gut, nuts and knees are best with hand, knee, head buts and elbow strikes being your best defense, then, choke them out.

Rob never wraps his hands, nor the hands of his clients. You don’t have time to wrap your hands in a fight. So, you must train them to be tough, hard and strong by doing your bag work with bare hands.

All this began when he was in college near Reese AFB. Rob taught a fighter pilot and a jet mechanic.
They were friends of his and he was just helping them out. This news went to their Commanding Officer. Since that time news has spread and he has taught personnel from all military branches.

For Rob, the Martial Arts are spiritual. It’s an art that keeps him in great shape. It’s a way to give back, by training those that truly need his help. One reporter called him a humanitarian. Rob laughed and said, “I’ll take that”.

For the record, Rob despises violence but acknowledges that some people will attack the innocent and the innocent must defend themselves. He created fitness competitions because no one has to get hurt, and it is a better way to see whom the best man is, other than a fight to the death.

“When it’s all over, all a man really has is the story he leaves behind. Make yours a great one that inspires and helps others improve their lives.”

CONSULT A PHYSIAN BEFORE STARTING ANY WORKOUT PROGRAM